The Exclusive Guide: Get Yourself Familiarized on Video Aspect Ratios [GUARANTEED]

When we watch tv for entertainment, browse videos on our mobile phones, and stream videos on other social media sites, the video sizes vary on the devices we use. Some videos we watch may lose quality or be distorted if uploaded in the wrong aspect ratio. You might ask about the need to know more about the video aspect ratio. Because sometimes, in the media content world, professional sound, crisp visuals, great lighting, and other cinematic quality measures are typically prioritized first, but aspect ratios are frequently discussed as a side note. Yet, keep in mind that the aspect ratio of videos must be put into consideration also.

What are aspect ratios, and how are they used on the different social media platforms? We'll answer these questions and more in today's post.

Part 1. Find Out What is Aspect Ratio

What is an aspect ratio?

Throughout the historical past of films and tv, there have been several different aspect ratios, but today, there are common video aspect ratios we will discuss in this article.

It is ultra-full high-definition widescreen or anamorphic. It is frequently used in movies to create an ultra-cinematic atmosphere. You're likely to come across videos in specialty theaters, theme parks, and museums with this aspect ratio.

A 16:9 is a wide rectangle. Additionally, it is frequently referred to as 1.71:1, which is the most simplified mathematical expression of the ratio. It is the industry-standard widescreen aspect ratio seen throughout the web. There are several reasons why 16:9 is becoming the accepted standard. Such screens have a higher resolution than those with 16:10 aspect ratios, previously considered the international standard.

It is a vertical video that we watch on our mobiles. It's an ideal reversal of a 16:9 video. For tall videos, a 9:16 aspect ratio is used. This aspect ratio gained popularity when mobile phones with wide-angle cameras were introduced.

1:1 is a perfect square ratio. Nowadays, the 1:1 aspect ratio is far less prevalent. It's most likely to be found on social media platforms like Instagram. While it wasn't the most popular aspect ratio, numerous cameras still have a square mode.

To those in the field of the creation of films, it's beneficial to realize the distinction between the aspect ratio and resolution of a video.

What is the resolution?

The term resolution refers to the number of pixels or dots that comprise the image on your television. The more dots in the image, the higher the resolution and the better the total quality of the image for any given display size.

It is the number of pixels exhibited on the screen that determines the aspect ratio of a video. More resolution means that the video is clearer or has a better quality. Let us remember that there are numerous counterpart resolutions for each aspect ratio. Aspect ratio and resolution are intimately connected. To determine the resolution, multiply the width by the height.

Below is a detailed list of Instagram's recommended aspect ratios:

In a nutshell, the optimal aspect ratios for Facebook are as follows:

The following are the aspect ratios utilized by the users of TikTok:

From all of the different video aspect ratios we have presented, which one do you believe is the best? The answer is that it is dependent on the goal of your project. Every ratio has its range of opportunities. It is critical to understand the video aspect ratios and the standard resolutions used in videos. Because if you don't, you'll end up with a distorted video on your hands.

You might ask, how to see the aspect ratio of a video? To determine the video's aspect ratio, you may do it in two ways.

1. How to view the video aspect ratio on Mac?

On Mac, hit the information button, which resembles i surrounded by a circle. 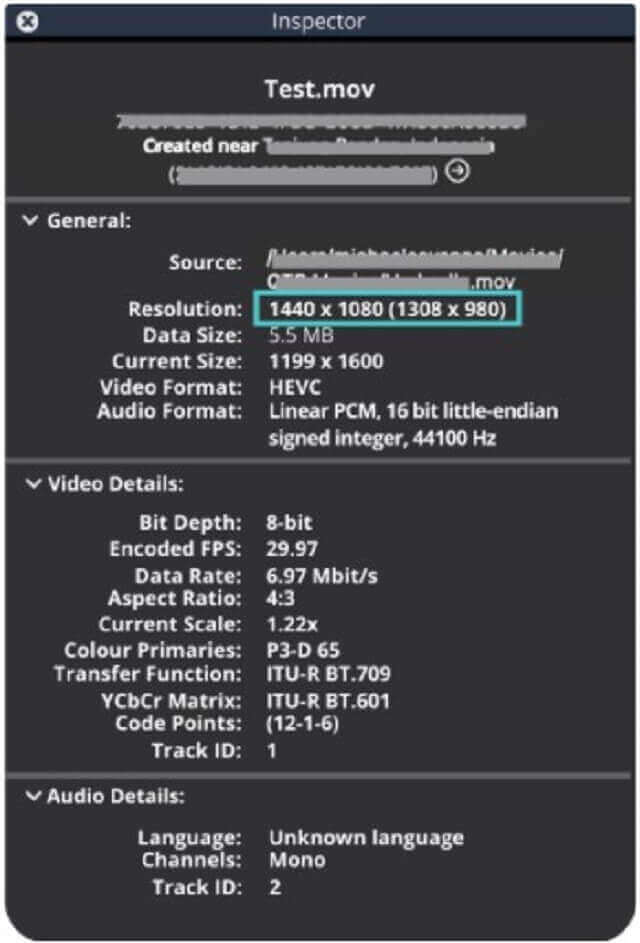 2. How to view the video aspect ratio on Windows?

On your Windows desktop, right-click the video and select Properties > Details. 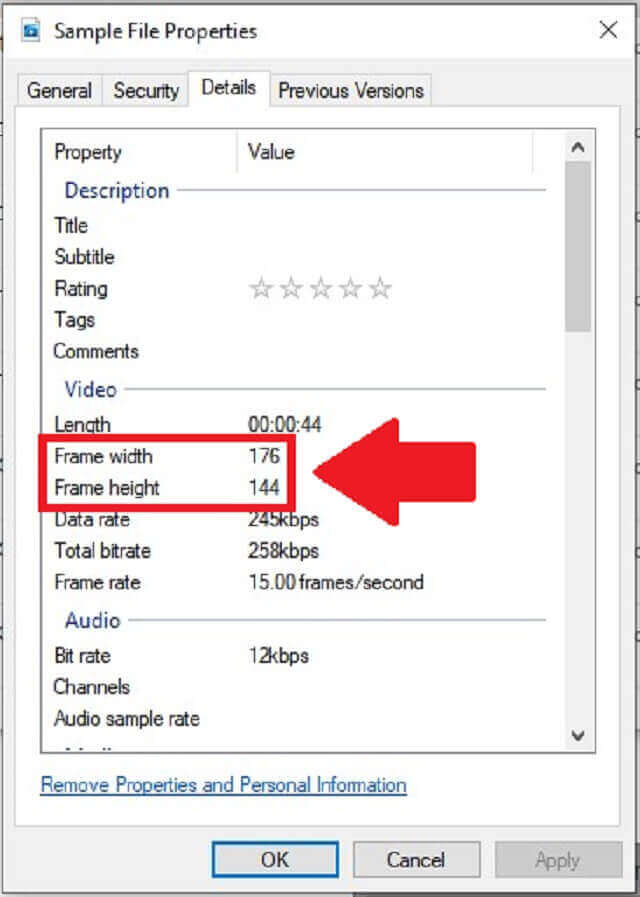 Part 6. Changing of the Aspect Ratio of a Video

If you wish to alter the video aspect ratio of your clip, AVAide Video Converter will come in handy. This is not your typical video converter; instead, this tool is jam-packed with advanced features that make editing videos simple. Do not be concerned about your converting, editing, DVD ripping, making films in minutes, collage-making, reversing video, and other tasks anymore because AVAide can assist you with all of them. It makes it even more intriguing because it has a user-friendly and straightforward user interface, which makes it even more appealing. Even inexperienced users will find the software to be straightforward to use. Without further ado, please see below a comprehensive guide on how to change the aspect ratio of a video.

First, download the AVAide Video Converter using the download buttons above. Or, you can visit the main site of the tool. Download and install it right away.

Import your video clip by hitting the Plus (+) button on the main interface. 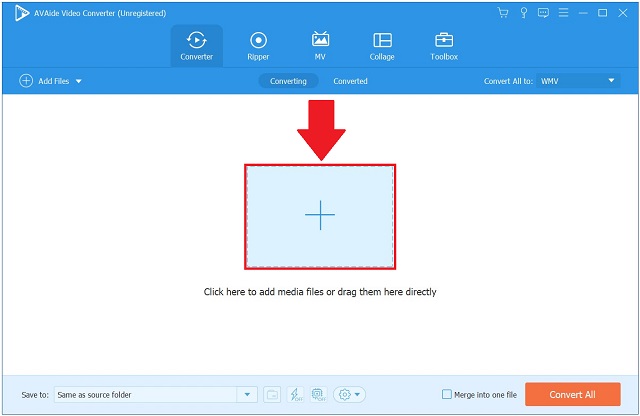 After uploading the video clip, tick the Edit button located at the right side of the video clip. Afterwhich, the tool will direct you to the editing interface.

Look for the Aspect Ratio dialog box at the editing interface and click 16:9 as your desired aspect ratio. Then hit OK. 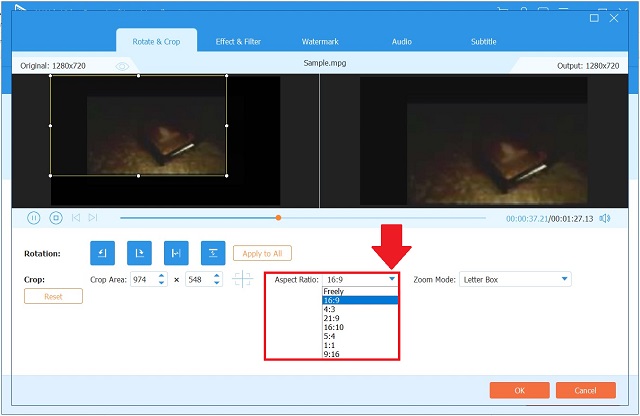 At last, after choosing the preferred aspect ratio in the video, select Convert All. 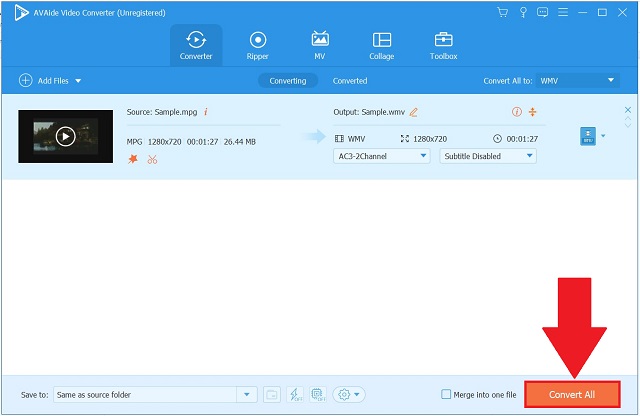 What is the aspect ratio of 4K?

Although many videos have a 16:9 aspect ratio, most smartphones and DSLRs will record in 1920 x 1080 resolution.

Simply put, that's the whole article about! Those concerned that their video will be distorted due to using the incorrect aspect ratio need not be concerned any longer! As previously stated, we've provided an exclusive guide to the video aspect ratio of the video and more. The fact that AVAide Video Converter is a fantastic tool for changing the aspect ratio of your video is another vital point to consider. You should give it a shot now!