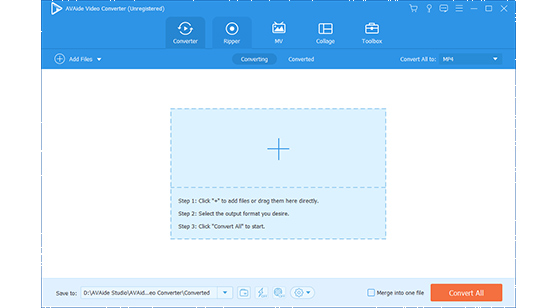 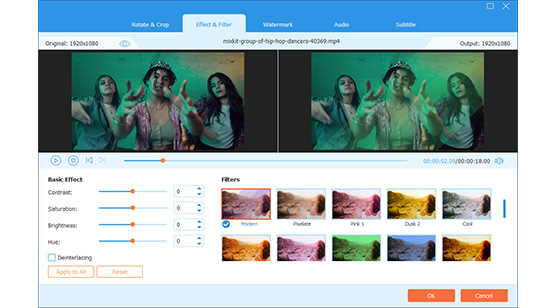 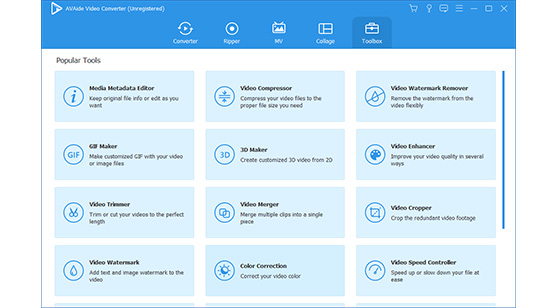 Obviously, technology has been growing extensively. This includes the innovation of devices, the addition of file formats, and more. In relation to this, claiming the files as your own plays a big role in proprietary development, which is part of the innovation nowadays. Therefore, in this article, we will show and introduce you to the high-tech tools that have the features to help you modify your video files such as the MP4, for proper identification and possession. In addition, we will also give you a glimpse of the pros and cons of the MP4 metadata editors applicable on Linux, Mac, and Windows.

The AVAide Video Converter is the most flexible software today. This is why everyone delights in using it over and over again. It has the power to edit, and add personal information to your file. On the other hand, metadata editing is only one of its countless features and tools. In fact, it also allows the users to make their own movie, video collage, 3D, GIF, and even rip DVD into their preferred format.

What's more, it has been labeled as the most flexible for it can be acquired whether you are using a Mac, Windows, or even a desktop with Linux. This MP4 Metadata Editor can also be used to compress and enhance your file. How to use it? Take a look at the detailed steps provided below.

Initially, you have to download and install the tool on your computer. You may tap the download button below, to do it easily.

Launch the tool, then go to the Toolbox portion. Choose the Media Metadata Editor from the numerous tool list. Then, attach your MP4 file by tapping the Plus sign at the center of the interface. 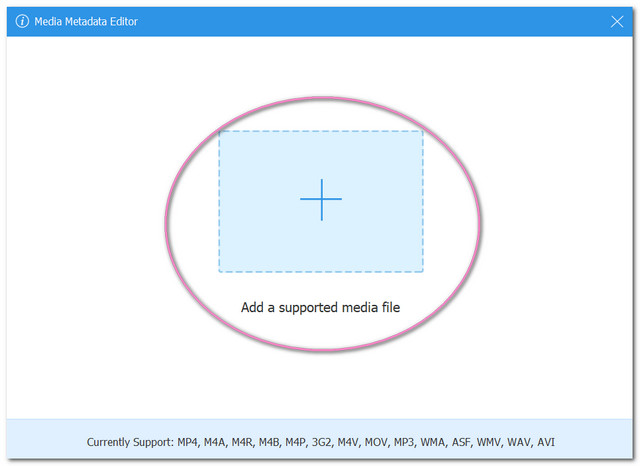 Note: You can maximize the usage of the tool by compressing, enhancing, your MP4, as included on the list. 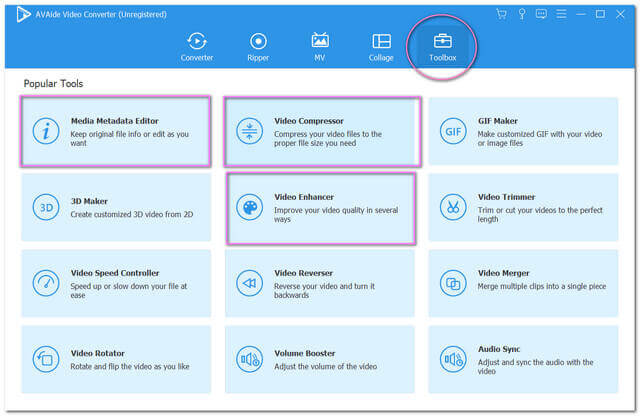 Personalize the information that you want to modify. Fill in the title, year, comments, and other information applicable in the list of data. Feel free to also include a photo as the Cover for your file by tapping the Plus sign, then hit the Save button after. 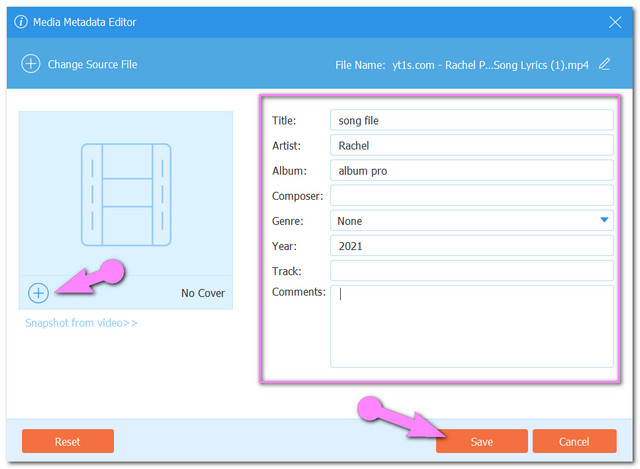 Note: If you want to change the File name you can click on the icon next to the FILE Name 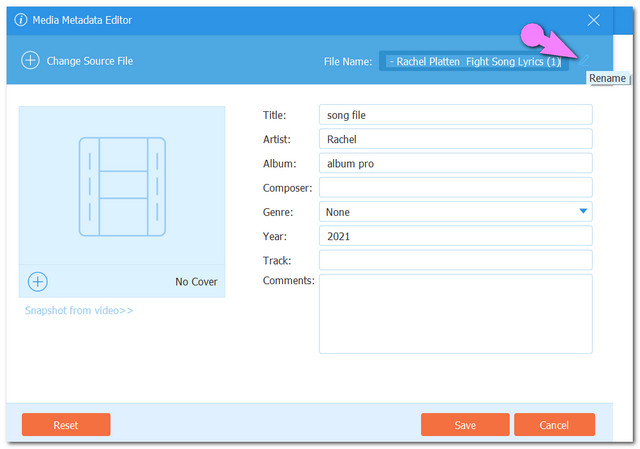 Lastly, check the added or edited information of your video file. Go to the local folder where the video is stored. Right-click the file, then select the Properties. Go to the details, and see the new information.

Part 2. Modify Your Files with the MP4 Metadata Editors for Free

A free MP4 metadata editor is what everyone is looking for. Therefore, in this part, you will be instituted with the 3 best tools that you can use in metadata editing for MP4 files.

The MP4 Auto Tag is one of the freeware applicable on Mac only. Additionally, as it says in its name, it is basically best for MP4 files. Being a Mac-only program, you will be needing to unlock it initially, to enjoy the utilization of this software. On the other hand, its process is as simple as drop and drag, then modify the file's information and add tags 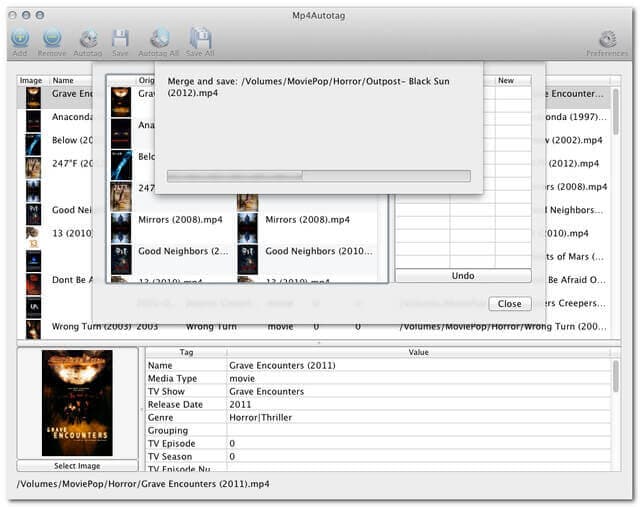 When it comes to freeware tools, the VLC is one of the most known to be one. Additionally, aside from being one of the most popular media players, it is also one of the used MP4 metadata editors on Windows 10. However, the procedure is not that friendly, as you need to expand the utilization before coming up with the task you would like to do. Although, VLC gives time-saving methods while going through the procedure. 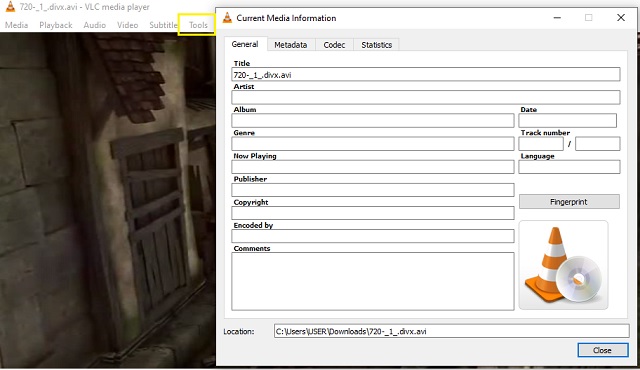 The VSDC Free Video Editor will allow you to use it totally for free. Furthermore, a lot of users are very much satisfied with how it works, with the wide variety of file formats that it supports. Moreover, this MP4 metadata editor for Windows suits very well with screen recording, conversion, ripping audio CDs, and video capturing tasks. 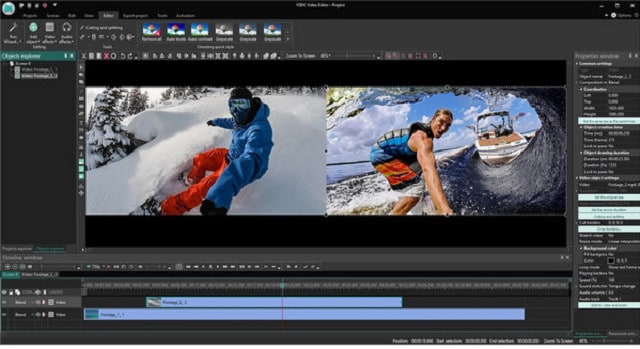 If using your mobile on this task makes you convenient, the mp4 metadata editor for android will be the best for you. That is why we gathered the 2 excellent Android apps that experts use.

ExifTool is an Android App that can view and edit the metadata of your video and image files. Furthermore, it has wide support of a variety of metadata formats, such as GPS, EXIF, XMP, JFIF, Photoshop IRB, and more. Additionally, it can also be an independent software for Windows and Mac OS.

The Video Tag Editor will allow you to modify the metadata comfortably without a desktop. Furthermore, this free MP4 metadata editor also allows its users to detach the exit data of the videos.

The most comprehensive media converter to convert video & audio & DVD without quality loss.

The metadata is the data or information of your video or audio.

Is it possible for me to edit the metadata without any tools?

Yes, by just going to the detail from the properties of your file, you can make some changes to its metadata. However, the editing will be limited, unlike when using a third-party tool.

Can I edit the metadata unlimitedly?

Sure, with the use of AVAide Video Converter, and the other featured tools, you can re-modify the metadata of your files.

Metadata may not be as in-demand work as conversion and downloading, this article will be good to know the info, in any case, you might need it in the near future. Rest assured that the mp4 metadata editors listed in this article are reliable enough for you to use and verify via hands-on experience.