6 Best Voice Recorder Apps to Use on iPhone and Android 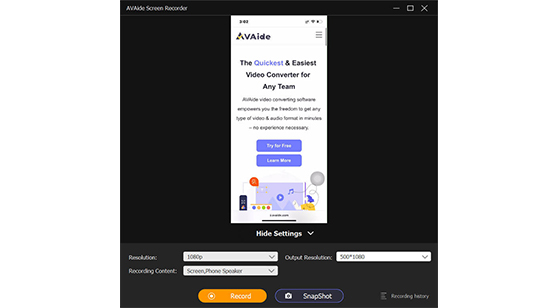 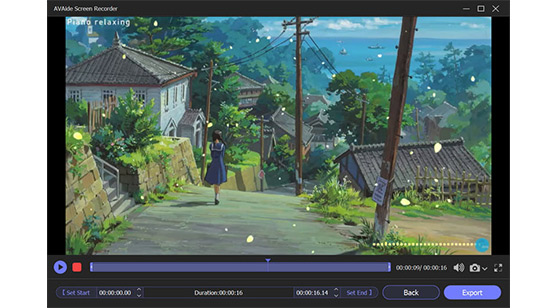 Statistics have shown the surge of people searching for voice recording apps. For some reason, people have turned their interest in making podcasts. One reason, perhaps, is the pandemic that caused boredom to people during their mandatory home staycation. This leads them to various activities, including podcasting and blogging. Indeed, there are practical ways to record your voice on your device, as long as you have your mic. As a matter of fact, there are built-in apps available.

However, why settle on those limited tools when you can have the best ones? And today, we will show you the more practical and even the best voice recorder apps/software that will help you more and beyond your voice recording task.

Our number one is the AVAide Screen Recorder, the matchless voice recording app worth your precious try. It is the best app that you can acquire on both Windows and Mac computers. With almost all of the great recorders, such as the video, audio, game, webcam, phone, and screens, you will have the most flexible voice recorder within the single software! Imagine you won’t need to install various recording apps, for it has everything you need. When it comes to voice recording, AVAide Screen Recorder will enable you to do the task in several ways. You can record your voice or audio from your computer, or you can have it recorded on your Android or iPhone with its phone recording tool. Regardless of your preferred method of procedure, this fantastic software will guarantee its built-in noise-canceling mic and its mic enhancement settings.

Pros
It can be used as an Android and iPhone voice recorder.
It supports multiple recording tools.
Clear and neat audio output.
With numerous options and adjustments in the settings.
It supports many audio formats.
Easy and quick to navigate.

Cons
It’s not a completely free recorder, although a free trial is available. 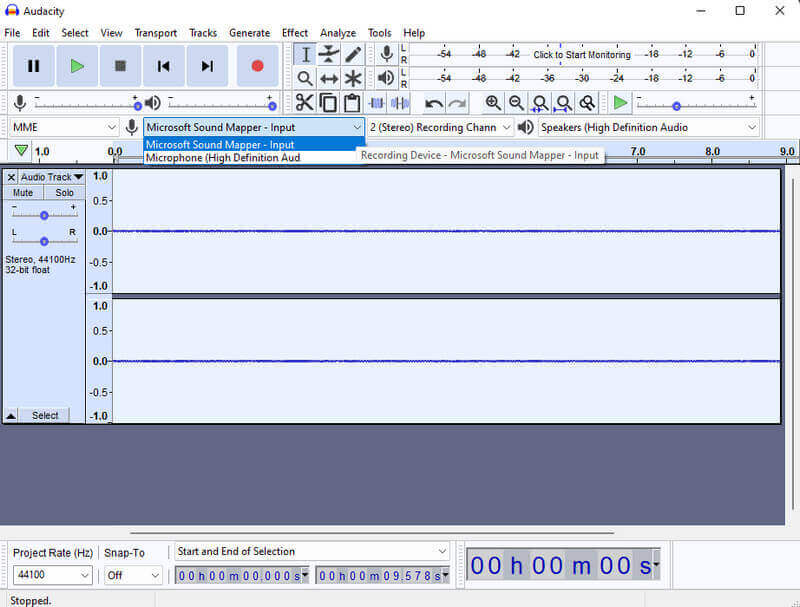 If you are a user of a Windows-based computer, then Audacity is also a good choice. In fact, this software has been quite popular in the audio editing field. For example, you can use Audacity to record computer system audio. It has lots of editing tools and options you can use to experience professional music editing. This, too, has a noise reduction feature but is not the same as the previous voice recorder that has noise cancellation in its mic settings. On the other hand, Audacity is an open source that is able to remix the voice recordings with your existing music files on your computer.

Pros
It offers tons of audio editing tools.
It can visualize the voice recordings with a spectrogram.
It supports many recording devices.

Cons
The tool is overwhelming for beginners.
Its interface is not as alluring as others.
Many of its plugins are paid. 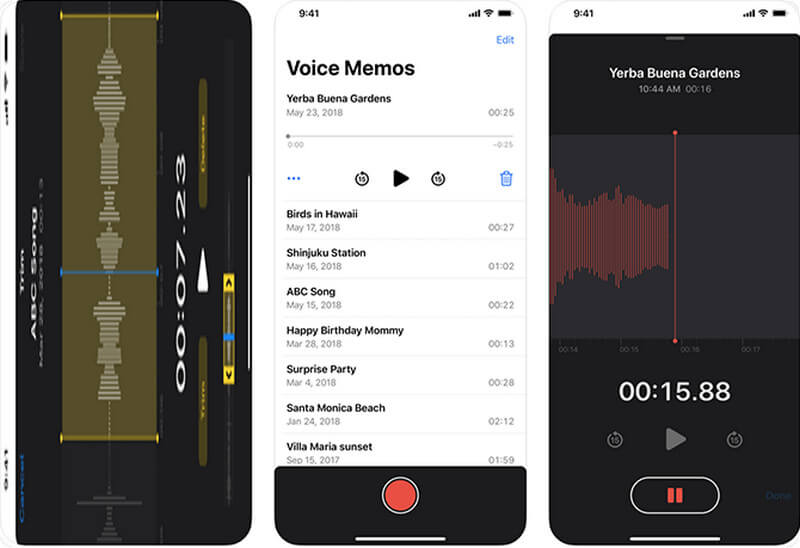 Voice Memos is one of the built-in apps on iPhones that works as a voice recorder. This app can be a good start for those who only want to record their voice alone. However, in Voice Memos, you can only be limited to recording your voice and saving it as an audio file. But, capturing your system sound or music won't be possible. Nevertheless, it's one of the easiest and fastest ways to record your voice on an iPhone.

Pros
Easy and fast to navigate.
It comes with an easy-to-understand interface.
No need to install the app.

Cons
The editing scope is too limited.
Formats for the outputs are limited too.
Sharing the recorded files is challenging. 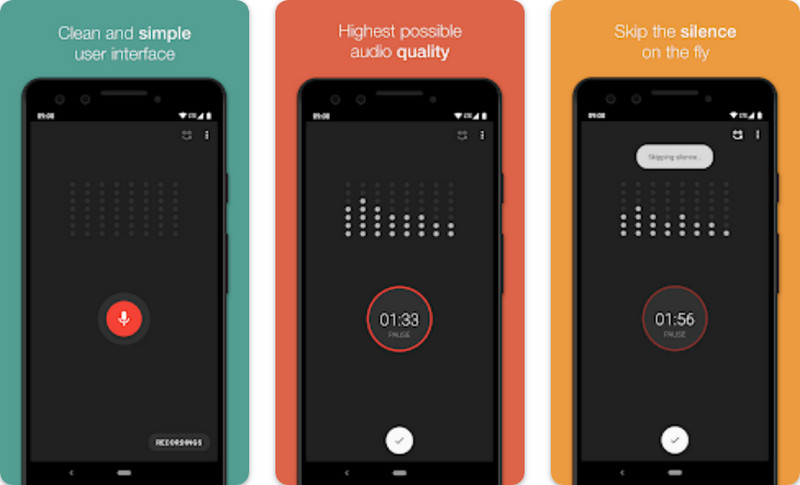 One of the best voice recorder apps you can acquire for Android is this Smart Recorder. As it is written in its name, it has an intelligent way and features that enable users to record high-quality voice-recorded files within its fantastic and straightforward interface. Besides that, it offers users a battery life preservation and alive audio analyzer that are beneficial to their mobile device.

Pros
It’s favorable on the battery of Android.
It comes with a spectrum analyzer of live audio.
With a sensitive skip silence mode control.
With an intuitive interface.
Easy voice recording sharing.

Cons
It can’t record phone calls.
For Android only. 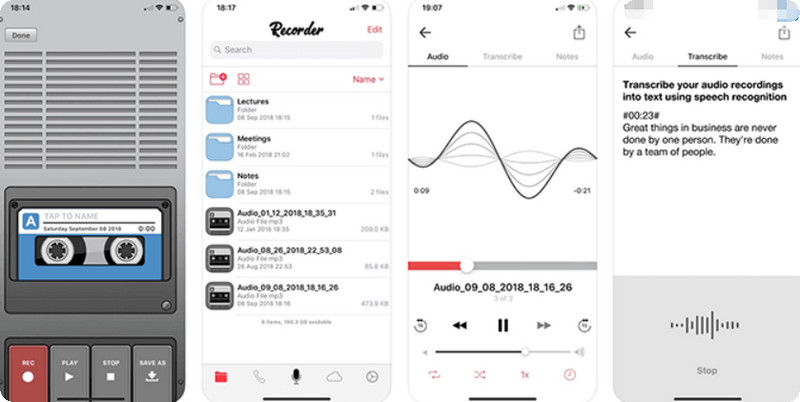 If you are looking for many options in recording within a single app, then the Voice Recorder & Audio Editor is a good choice. This app is for iOS 9.0 and later and is able to record your voice and then work on several actions later. On top of that, this app can intelligently transcribe your voice recording into text.

Pros
It comes with a recording transcription feature.
Support multiple audio file formats.
With essential editing features like trim.
It protects the voice recording with a password.

Cons
It occasionally crashes while in use.
It is challenging to rename a file.
It transcribes with low accuracy. 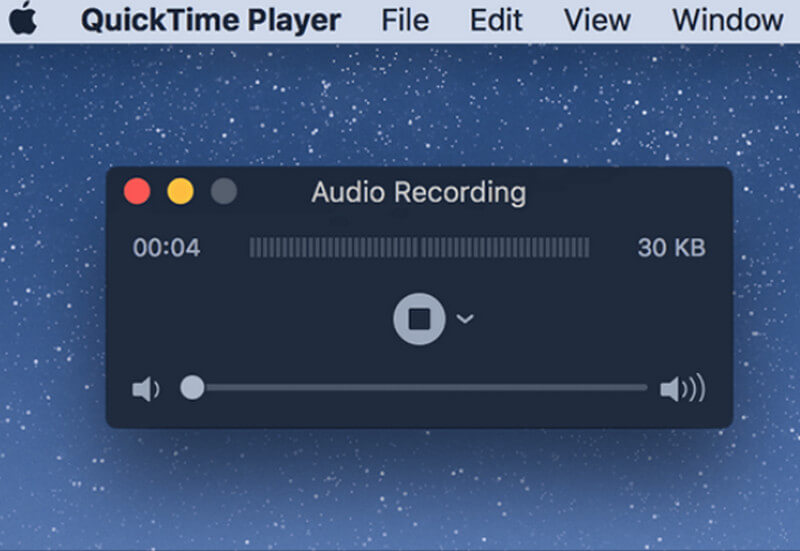 QuickTime is the most popular and most used media player on Mac since it is its default app. But have you thought that you can also use it to record your voice? Yes, this app has a video, screen, and audio recorders that you can access for free.

Pros
It is equipped with Mac by default.
Produce high-quality voice recordings.
It comes with a neat interface.

Cons
The settings and custom options are limited.
It’s perfect for beginners.

Part 2. Bonus: How to Record Voice or Audio on Your iPhone or Andorid Device

Step 1Download and install the software to your desktop, and open it. Once launched, click to choose its Audio Recorder option. Then, toggle on the Microphone and System Sound selections.

Step 2Now, since you will record your voice, let’s enhance the mic. Click the drop-down arrow beside the mic icon, then tick the settings you prefer to use.

Step 3After that, you can start voice recording by hitting the REC button. Once you start the recording, a new window will appear where you can see the pause and stop buttons.

Step 4You will eventually get to the exporting window, especially once you stop the recording. From there, you can trim or cut the voice recording or otherwise click the Export button to save the file. 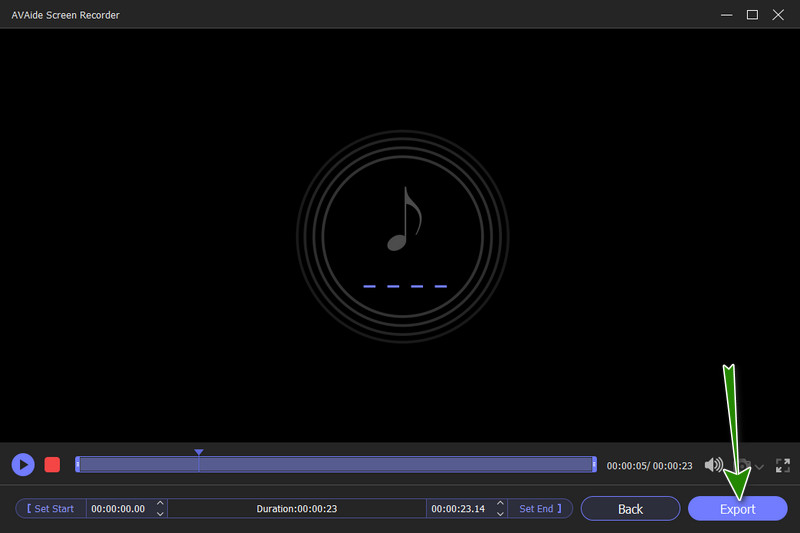 Step 5Finally, on the next window, hit Complete. Then, if you want to make other adjustments to the recorded file, feel free to customize the options given next to the file. 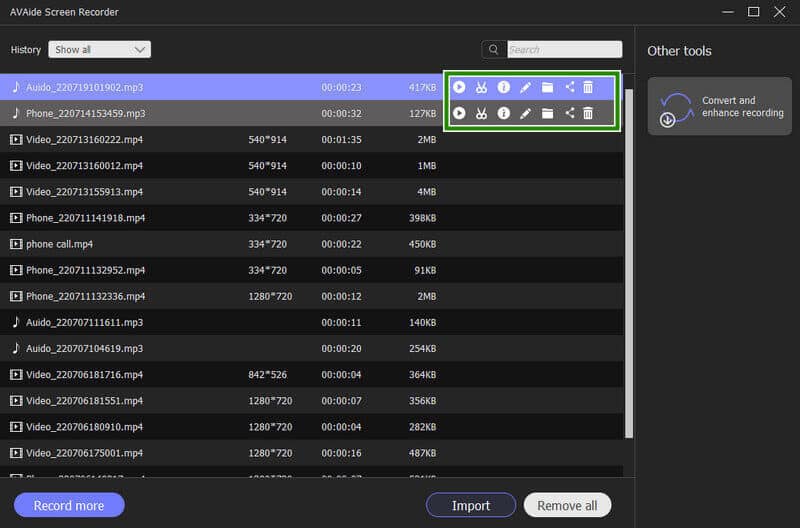 Please note that this best voice recorder app has a built-in media player, so you can freely play your recorded video and audio using it. Moreover, it allows you to record iPhone calls, save podcasts, and capture audio from computer with optimal quality.

Can I record my voice using VLC?

Yes. VLC can also be a means to record your voice. However, the AVAide Screen Recorder can be a better choice than VLC regarding recording.

What audio format has the highest quality?

The highest quality audio format you can use is the WAV or the Waveform. It is a format that is usually uncompressed and known to be lossless.

What is the perfect bitrate for voice recording?

To have a perfect quality in voice recording, you must record at 169 bit and 44,100 Hz bitrate with WAV format.

To conclude, from the given apps, the most flexible Android and iPhone voice recorder, is none other than the AVAide Screen Recorder. This is why we highly recommend it for you to choose if you want to acquire the best. Nevertheless, you can also use the other as you prefer. After all, all of them have shown their attributes while having the tryouts.