Part 1. How to Screen Record on Mac with Audio

Furthermore, this software can record your entire screen, a single window, or a specific area in high quality with internal audio. It can also export your recorded video to different formats. With the annotation toolbar, you can annotate your screen recording in real-time. Look at the steps below to learn how to screen record on a Mac with the most recommended software.

Adjust the area around the window you want to record. Select Custom from the drop-down arrow on the first cropper and specify a location for recording. To capture the entire scene, choose Full Screen.

To begin recording, then press the REC button.

Step 5Stop Recording and Save your Work.

After you've finished recording, press the Stop button to stop it, and then press the Clip button if you want to crop your recording clips before saving them. Then, click the Save button to save your video. If you're going to re-record your video, click the Re-Record button. 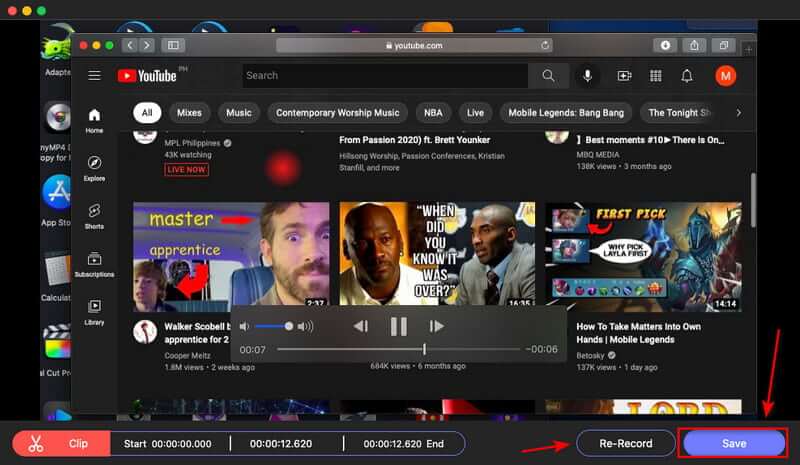 After saving the recording, you can now view the video record on the recording history. They are arranged by recording from the newest to the oldest. 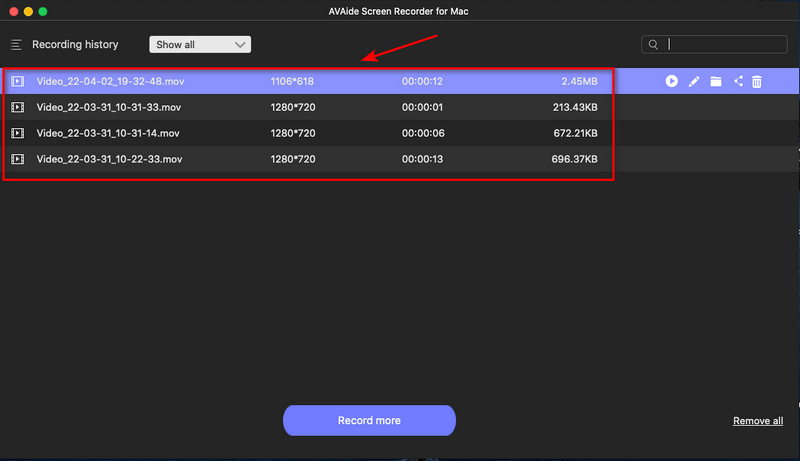 Every app has its own set of shortcuts, and shortcuts that work in one app may not work in another. Suppose you want to screen record on your Mac in a different way, there is another tool available. You can screen record on Mac using keyboard shortcuts, but make sure your MacBook is up to date and running macOS Mojave or later. Examine the procedure in greater depth below.

Press Shift-Command to start recording screen video on your Mac. You'll be given the option to record your entire screen or a portion of it. You can take a screenshot of your full MacBook screen or just a part of it. 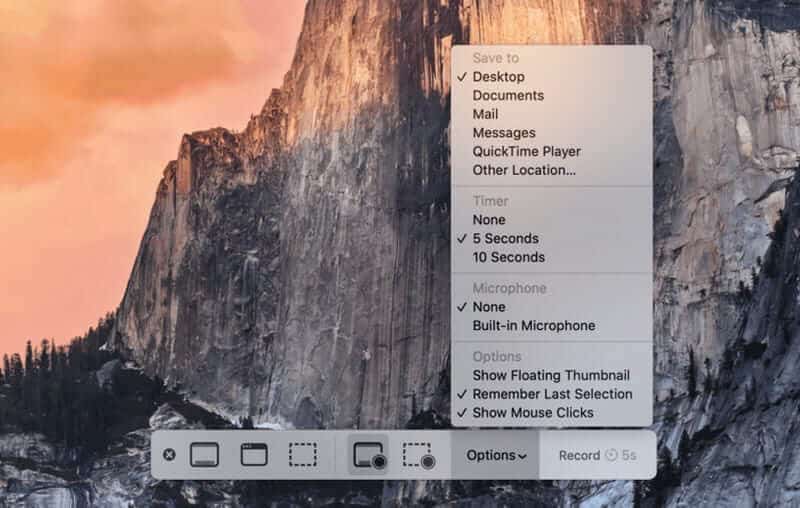 When the recording menu appears, you'll see several options for customizing your MacBook screen recording settings. These options include saving the location, time, none, or the built-in microphone, mouse clicks, floating thumbnails, and remembering the last selection. 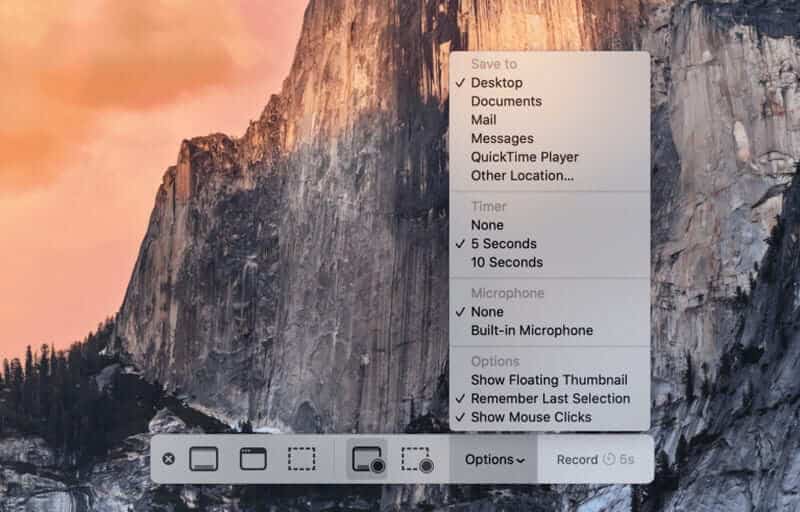 After configuring your settings, click anywhere on your screen or press the record button to start recording. When you're finished recording, click the stop button or use the Command, Control, Esc keyboard shortcut on a Mac to stop screen recording.

You can trim your video once you've finished recording. In the bottom right corner of your screen, a thumbnail of the video will appear. When you click this thumbnail, you'll be able to choose whether to cut the video at the beginning or end. The video screen capture can then be shared and saved wherever you want on your device.

Another way to record a screen on a Mac is to use QuickTime Player, which comes pre-installed on all MacBooks, MacBook Pro, and MacBook Air. QuickTime is a well-known media player that is widely used by Mac users. It can also be used on your Mac as a powerful screen recording tool to help you record movies or audio. The built-in QuickTime Player can be used to record the on-screen content. This allows you to record the entire Mac screen or specific parts easily. To screen record on a Mac using QuickTime, follow the simple steps outlined below. 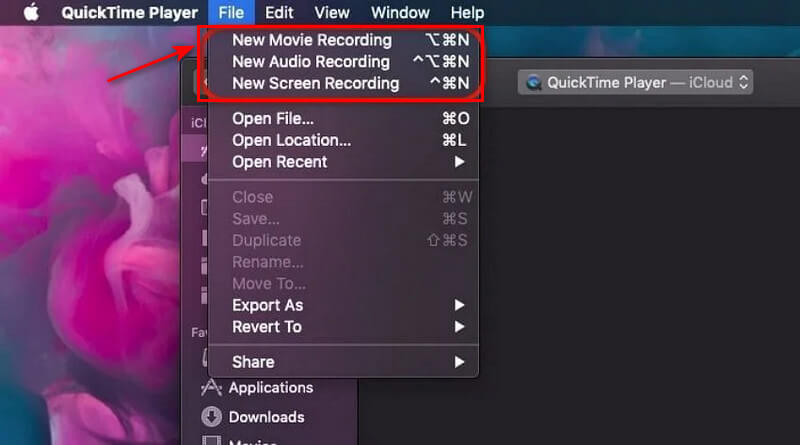 Select File, then New Screen Recording. Select the microphone source: Soundflower by clicking the small arrow next to the record button (2ch). Begin recording the screen. It will record video and sound on the system at this time. Reminder, music, system sound, and so on. 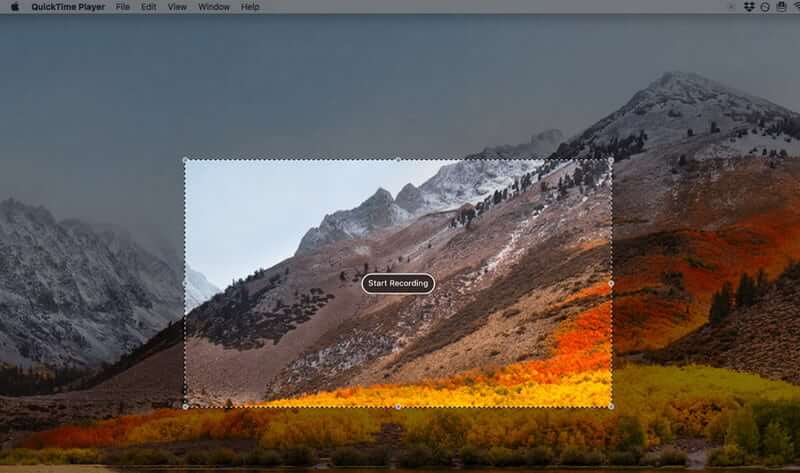 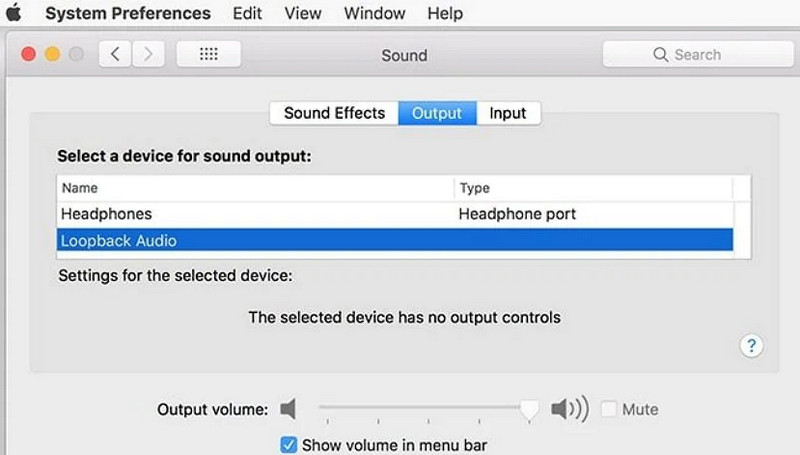 Part 2. How to Take Screenshots on Mac

The primary method for taking screenshots on a Mac is to press command, shift, then 3. This keyboard shortcut is used to take a screenshot of your entire screen.

You can use this keyboard combination to turn your cursor into a crosshair that you can drag to choose a part of your screen to capture. Let go of the mouse or trackpad button to take the shot. After pressing Shift-Command-4, you have several other options below. 1. Press and release the space bar: To take a screenshot of a window, click on it. This method produces a screenshot with a white border and a slight drop shadow around the window. 2. After dragging to highlight an area, press and hold the spacebar before releasing the mouse button or trackpad. Press the spacebar before releasing the mouse button to take a screenshot. 3. After dragging to highlight an area, hold down the Shift key before releasing the mouse button or trackpad. This locks in each side of the crosshairs selection area except the bottom edge, allowing you to move your mouse up and down to position the bottom edge.

This combination, introduced in macOS Mojave, displays a small panel at the bottom of your screen with your screen capture options. You can capture the whole screen, a window, or a portion of your screen using one of three screenshot buttons. Similarly, you can record your whole screen or a part of it using the two video-recording buttons. You can close the screenshot panel by pressing the X button on the left, but you also can exit the software by pressing the Escape key.

Is it possible for the Mac to automatically record the screen?

When your recording is automatically saved, your Mac names it 'Screen Recording date at a time. Press the Esc key before clicking the record button to cancel a recording. QuickTime Player, AVAide Screen Recorder, and other apps that can edit or view videos can be used to open screen recordings.

Why does my Mac not support screen recording?

To allow an app to record your screen, check the box next. Deselect the checkbox to disable app access. Navigate to the Apple menu > System Preferences, then Security & Privacy, and privacy. Choose Screen Recording.

Is audio captured during screen recording?

Yes, Once you record your screen, you can include video and audio. Use microphone audio from your computer's built-in microphone or an external microphone to narrate your video. You can also record your system's audio, which is the sound that comes out of your speakers.

How long can you record a screen on a Mac?

On a Mac, how long can you screen record a video? There is no limited time for recording a video on your Mac. You can make a video for as long as you want until you run out of drive space.

Is the Apple screen recorder capable of recording internal audio?

The best screen recording software saves you time while also providing the most valuable content to your audience. Before choosing software, determine your target audience and use case. All of the solutions we've provided are excellent choices, but we strongly recommend AVAide Screen Recorder for Mac screen recording. Because this is a potent and versatile tool for the screen, video, and audio recording. Install it right away and give it a try!