OBS or the Open Broadcaster Software is one of the video recording and streaming software that offers a free service. You can experience its gratis performance on both Mac and Windows OS devices. However, many experienced having the Captura de janela OBS preta, which is really a pain in the ass, primarily when they have used it on their gameplay that was aired live. As the saying goes, prevention is better than cure. Therefore, before you experience this again, let's learn the solutions for this kind of matter. Fortunately, this article won't only teach you one or 2 but 4 keys that will resolve this widespread problem of OBS.

Part 1. How to Fix OBS Window Capture Black in 4 Ways

Before we proceed to the solutions from the black screen that the OBS window captures, let's discuss the very reason why users are experiencing this kind of error in OBS. Well, as for the investigation, the OBS Studio is usually confused by which graphic processor of a device it should use. Computer devices typically use two different graphic cards, and only one of them fits the OBS. In some cases, even though many devices meet the requirements of this program, they still tend to be in a worse scenario because their machine doesn't run the latest driver's version.

Therefore, before you follow the different solutions below, you have to ensure that your device uses the latest driver updates. If so, let's proceed to the comprehensive guidelines on fixing the black screen of game capture stream lab OBS.

1st Solution: Set the OBS as the Administrator

Complement your device into this OBS program by running it as the administrator. How? Right-click on the OBS to go to the Propriedades, then, from the next window, go to the Compatibilidade tab. Under the Configurações, toggle the box of the Run this Program as an Administrator. In addition, you have to make sure that you also toggle the box of Run This Program in Compatibility For and select the type of device you use. Subsequently, apply the changes by clicking the OK button, then restart your computer. 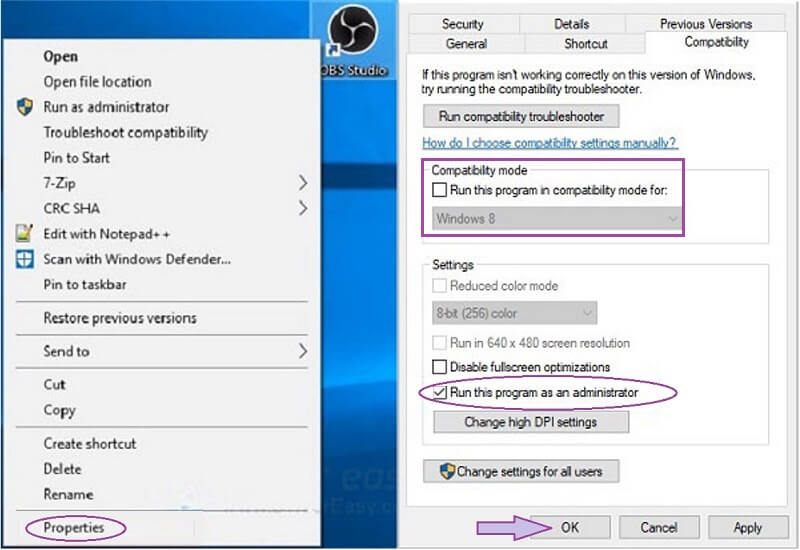 The following key is another one to prevent black screen capture by OBS. So go to the OBS icon, then right-click to select the Run With Graphics Processor. A bunch of graphic processors will appear, and you need to select the one with the NVIDIA or which one has the Predefinição contexto.

3rd Solution: Switch the Hardware Acceleration Off in Chrome 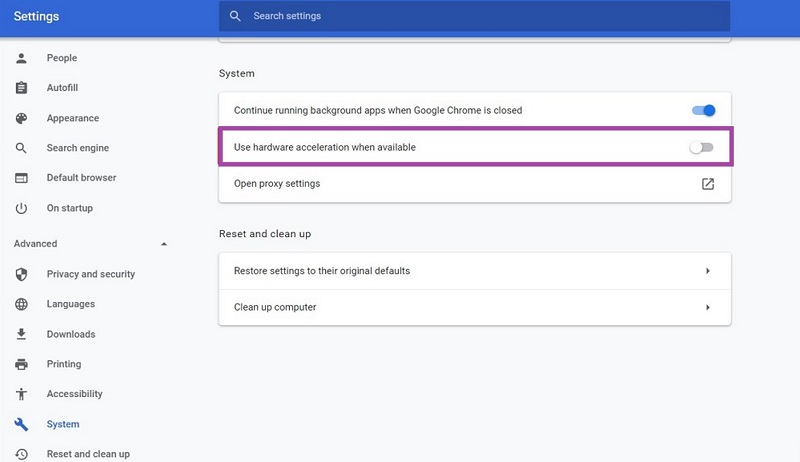 Lastly, to prevent black screen captures by OBS, disable the game mode of your device. How? Go to your Configurações, then on the search bar, type in the Game Mode. After reaching this selection, switch off under the Use Game Mode. 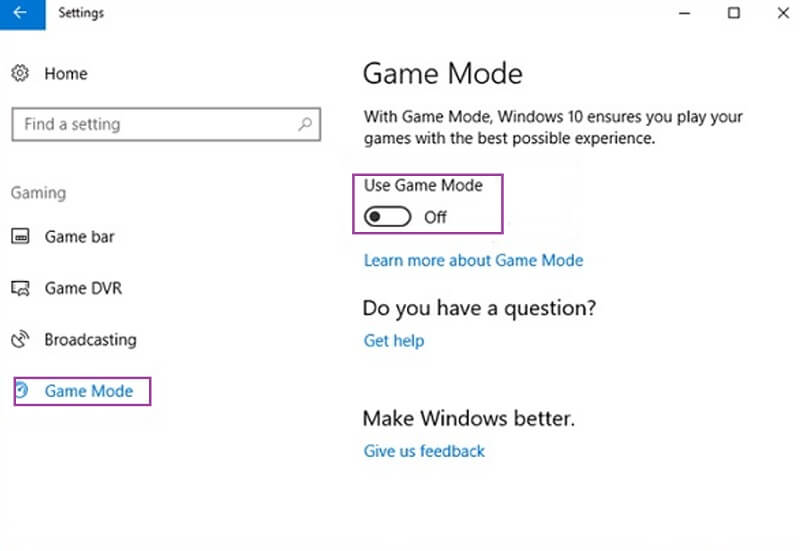 If you still find the OBS inconvenient, even with the provided solutions for its widespread problem, it is better to use another software. For this reason, the AVAide Screen Recording is what we know that can give you all-out features in screen recording, audio recording, screen mirroring, and the tremendous tools within the smoothest and hassle-free procedure. Furthermore, this finest software has significantly shown its great attributes on Windows and Mac without selecting a specific graphic process. In addition, unlike how OBS studio captures screens, the Gravador de tela AVAide won't require prerequisites settings to perform well.

Therefore, you could record your games and post them live without worrying about having a black screen. Despite that, this powerful screen recorder captures and produces 1080p video quality from your PS4, CSGO, and other gameplay devices. Not to mention the high quality of audio it gets from your recordings! Therefore, let's take a look at how this marvelous screen recorder toils on capturing even the highlights of your game.

How to Use The AVAide Screen Recorder to Record Game

Passo 1Get the Software to Your Device

Click the download buttons available above to acquire this fantastic software easily. Please note that installing this software won't require much time and space.

Launch the tool, then select the right recording tool you want to use. Suppose you will record a web-based game; better to use its Gravador de jogos. If not, you could use its Gravador de video. Moreover, you can explore its other tools when you click the Mais on the tail part of the interface.

Now, let's customize the presets by clicking the Engrenagem icon for the settings, unlike how you record games with OBS. Then, customize the following preferences such as Gravação, Saída, Som, Câmera, Mouse, e Teclas de atalho, according to your needs. 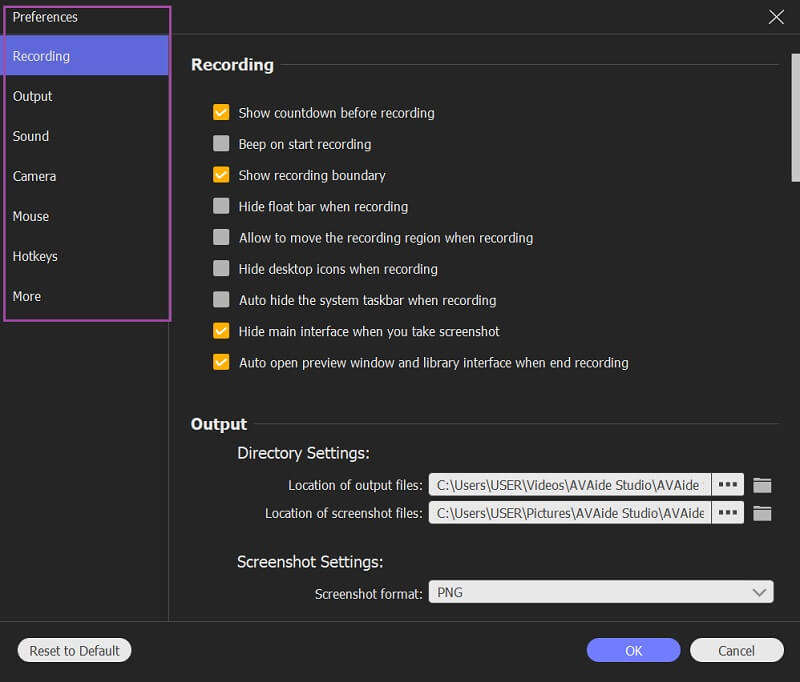 If you happen to choose the Gravador de video, you should adjust the frame scale if you choose the Personalizado option. Otherwise, choose the Cheio option if you will record your whole screen.

When all is set, you can click the GRAVANDO button to start the screen recording. A new floating window will appear right after you start recording, where you can see other buttons that will help you on your ongoing task, like Pausa, Pare, e mais.

Is OBS easier to use than the AirShou Screen Recorder?

Yes. OBS is easier to use and acquire at the same time because Gravador de tela AirShou requires a third-party tool for its acquisition.

Can I change the screen's aspect ratio that I am recording using OBS?

Yes. OBS will give you the chance to adjust the screen's aspect ratio when you right-click on the software, choose Transformar, and then select the Fit to Screen opção.

Can I record and stream directly using OBS?

Yes. Just use your credentials/login accounts on Twitch or Youtube stream. Once logged in and streaming, it will automatically go live on those platforms.

To conclude, all the solutions given in this article are basic troubleshooting steps that you can do independently to fix OBS window black capture. They can be helpful, but if any of those won't work, advanced assistance is needed from the OBS technical support. To save time, check the alternative given above. Using the Gravador de tela AVAide will definitely give you better performance without any complicated process.